Another remaster in the works yet again. This time I am redoing my flower goddess piece. I have redone this piece several times over the years with the original work being created in 2010. I redid it in 2016 and was never really happy with it. So here I am redoing it again, I plan to censor it a bit from the 2016 version which showed nipples and I also plan to add a lot more shading to the image. I am also planning on rendering a bit more of the background and fixing the hands to look more feminine. 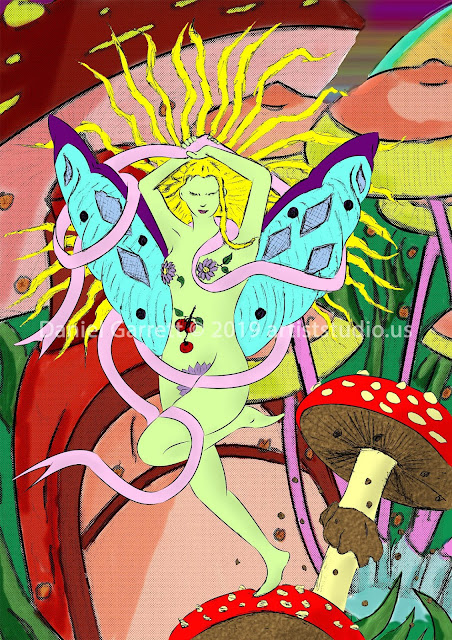 I actually still like the original version except for the skin color. However I can do better than this.

Here is the 2016 version where I rendered the character quite a bit and two of the mushrooms. I am unhappy with the hair still and hands and also plan to make it more pg13 than this version. I have censored the nipples out of this one. Original is on my DeviantArt page somewhere. 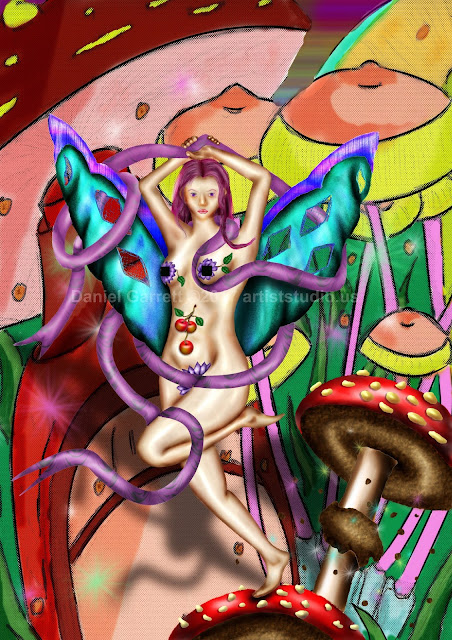 This is the first bit of my remaster progress in 2019. I have removed the nipples and for the moment I have a pollen bed in the place of them. I may add a bit of yellow pollen into these. I have started adding some shading on the skin and ribbon but have not finished but it is starting to show greater depth. 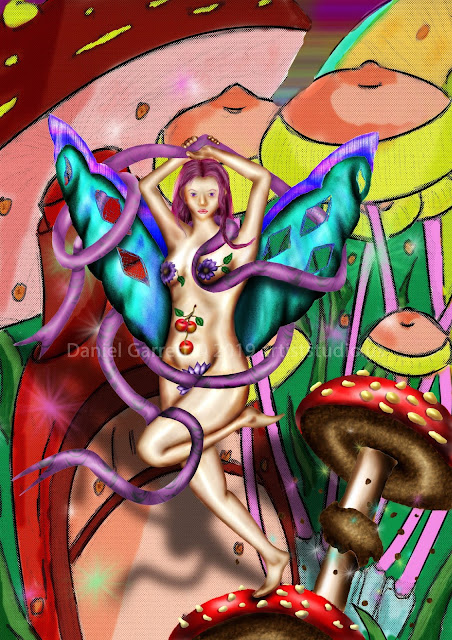 Rendered two of the mushrooms behind the ferry including the mushroom house and started rendering some of the other mushrooms as well. Since I'm remastering a image that was completely flattened  I'm having to move slowly and be careful as I go. I still have to add highlights and a few more details to the mushrooms I rendered but I am waiting to do this towards the end. Also once I finish the mushroom directly behind her head then I can rework her hair. 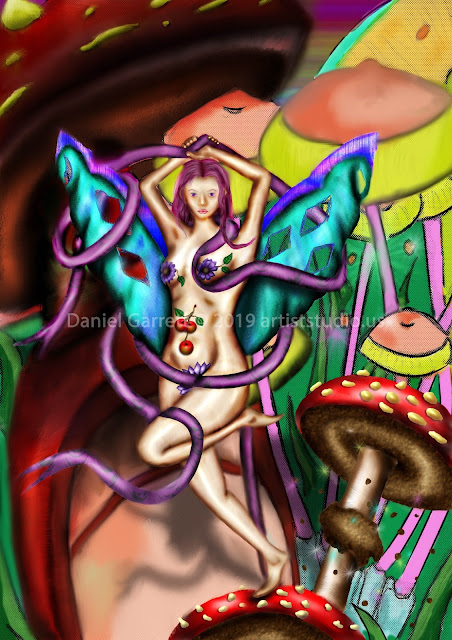 Didn't have a lot of time today but I managed to render a bit more of the mushrooms and couple blades of grass. 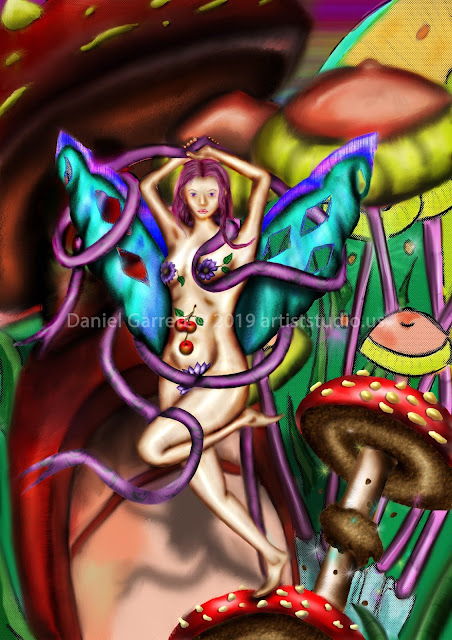 I rendered more of the background and also rendered some spores with a blur on them on this part. I'm getting pretty close to doing some more detailed work on the fairy herself next. 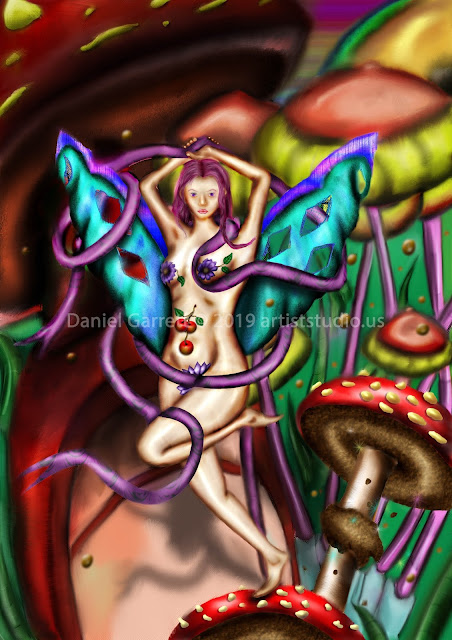 Had a bit more time to work on her tonight so I changed the hairstyle up some and blurred some of the lines around her body up a bit. I also added a under texture to the bottom of the large mushroom. Next I will repair the wing mesh that was blended over and then work on defining muscles better. I also may add a bit of texture to solid green in between the grass / mushrooms. 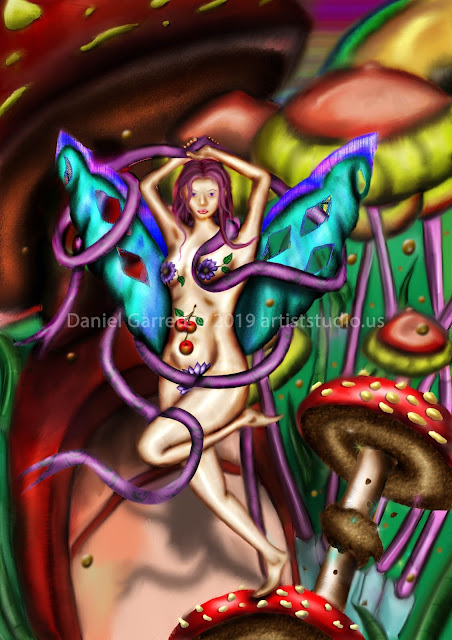 Finished it up today, I added skin pores, skin texture, highlights on everything, some grass texture, and a lighting effect. Then I blurred it some more and lowered the contrast for a more realistic look. I'm pretty happy with how it turned out. 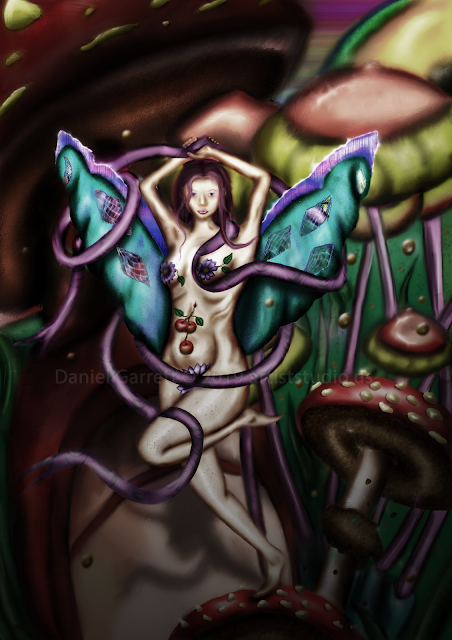 Here is all three versions compared:

And here are a few close up pics. 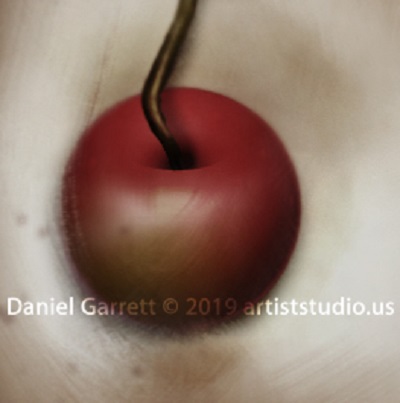 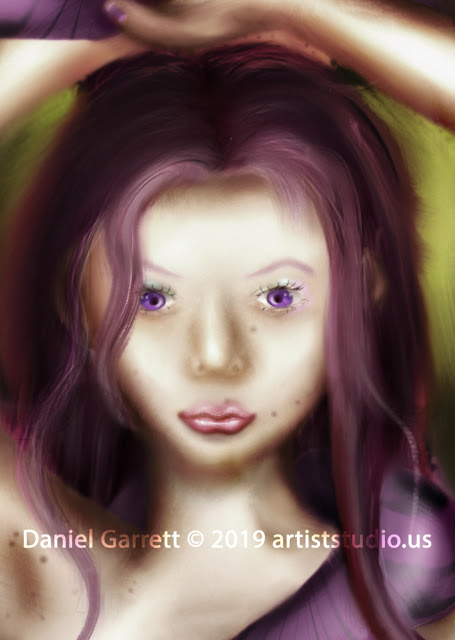 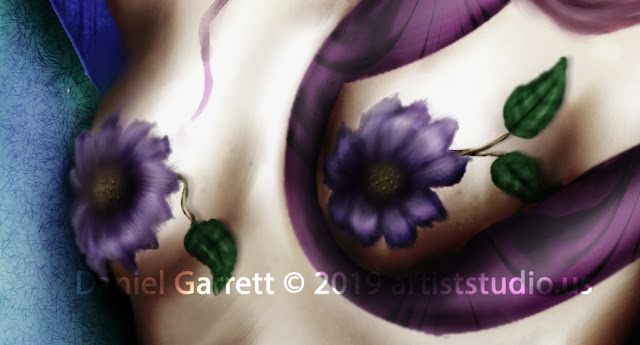 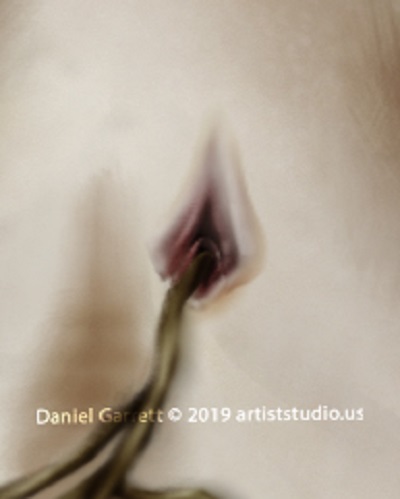 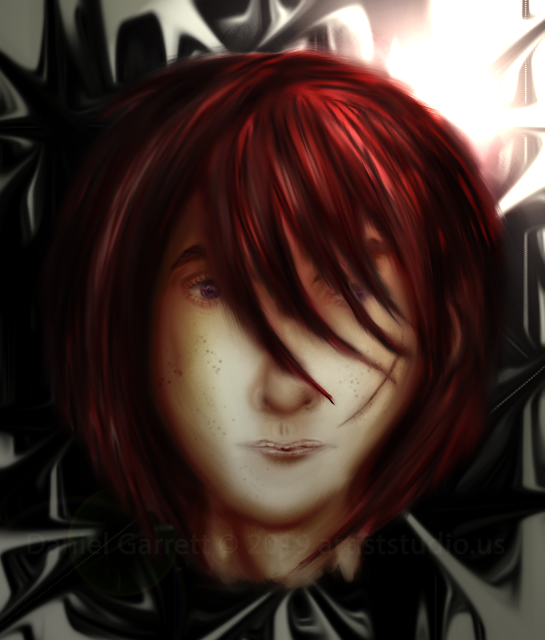 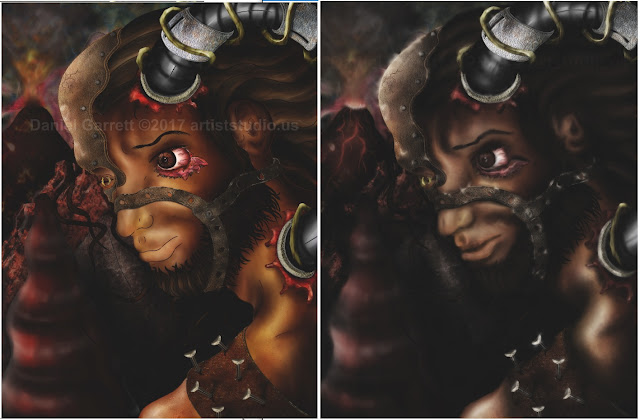